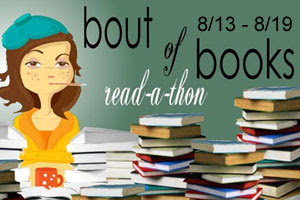 Last week was all about reading and I had a great time just finishing one book after another. Since real life is a bit insane at the moment I tried not to pledge a lot, so no reviewing this time and I barely had time for twitter a few days, but I tried really hard to read the 2000 pages.
Since I’m a failure at following a list, this time I decided to follow the wind so to speak and read whatever I wanted without worrying about plans and lists. I also only updated on twitter and goodreads. There was a bottom on my blog, but was a bit wrong half the time.
I had fun as always in just reading and traveling in the stories. There was a lot of erotica, and of course YA because Onyx was released last week and there was no way I wouldn’t read that, if you didn’t until now I will only say one thing: Amazing!!!

Plus 92 pages from other books that I didn’t have time to finish.

1960 pages in seven days and I almost touched the 2000 I have pledged. But it’s all good. And some books were totally worth it. Now I only have to wait for the next Bout of Books.

Independent single mother Tamara Briggs wanted to find a new, sexy, no-strings-attached man-just not one as young as NASCAR driver Elec Monroe. But he sure does get her heart racing. And after she’s tricked into a blind date with him, Tamara gives in to her passion. Things screech to a halt, though, when he asks to meet her children. Whatever happened to wham-bam-thank-you ma’am? Suddenly Tamara has to decide how much risk she’s willing to take to experience the power of true love.

I have this series for awhile and admit that I bought on a whim mostly because of the covers. They are great, but after reading a few reviews and discovering this books are considered really good I decided to made them jump the TBR pile and now I cant wait to read all of them.

This series is all about romance and it’s more than friends, we actually can see these people like a family and I love when some characters return in a romance series and we can see more of their life and how the future holds the HEA.

In this book we met several car racers, but the most important one is a rookie from a legend family and he fell in love with the wrong woman. Elec Monroe is used to the world of Nascar because since he was a kid he’s father used to race and now he’s following the footsteps and he’s actually very talented.

Tamara is a widow and mother of two kids. her late husband was a pilot and died driving, now two years later she’s trying to start over and dating again, but decided to be a little safe and date a man with a safe job like hers, the only problem is that he’s really boring. She’s a college teacher and after realizing Greg was not great, break up was the only way to go. But on that same night she suddenly was attracted with another man and he was prefect for a one night stand, but she wasn’t expecting a full relationship and he’s the last man she wanted to have in her life.  Her in-laws have a fight with his family, he’s a racer and he’s younger than her.

But Elec is so nice and sweet and he can give a mean massage. Plus he has some secrets and believes she’s the perfect to understand him and find a future together.

I loved the kids and how smarts they are. Elec was perfect the hole book. Dealing with the Crystal affair so secure and following his heart and fighting for the women he loves. Tamara had to fight some insecurities and I liked how normal her characters was, showing that after kids and a couple of years of marriage some women can find happiness again without having to touch up.