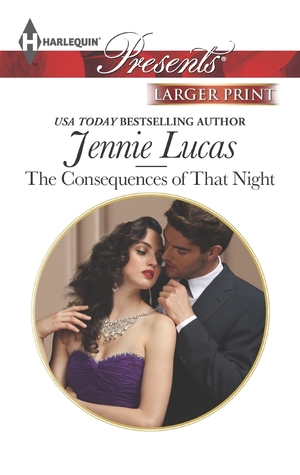 An indecent indiscretion! Emma Hayes has gone from making hotel magnate Cesare Falconeri’s bed to running his household, including handing out expensive parting gifts to his numerous conquests! But each time, it’s chipped away at her heart. Until one night, inhibitions lowered, she reaches for what she’s always wanted.

With one disastrous marriage behind him Cesare vows never to go there again. But when his indiscretion with Emma has consequences, Cesare must break his own vow—and say I do for the sake of his heir. Now he’ll expect his new bride to share his bed, instead of making it!

I had two problems with this book, but nothing series so the romance was actually really good. Cesare is a prick in most of the story, and he treats Emma really bad, but he suferred a lot and now things are difficult in his heart. My other problem is Emma naiveté. Can you imagine a girl who is in love with her boss and just let him treat you badly after the great one night stand? The girl was sad and he just seduced her and them dumped her.

They are great together, but we can see that in reality they needed some time apart to really consider their feelings and miss each other. I liked Emma more when she started standing up for herself and picking fights, because she can’t just bow to everything Cesare wants. Cesare became such a perfect man after he learned about the baby, super cute. I just love when big alpha males became putting in their kids little fingers.