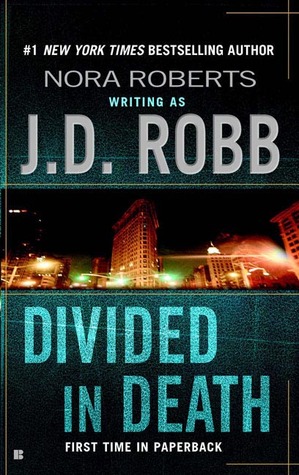 Found alone on the streets as a child, Eve Dallas has built a new identity and a new future as a cop. Now the hard-edged and coolheaded detective fights for truth and justice, but she still has one very human weakness-enigmatic Irish billionaire, Roarke. And when a trusted employee of Roarke Enterprises is a suspect in a double-homicide, Roarke comes to Eve for help.

Reva Ewing was a former member of the Secret Service, and now a security specialist for Roarke Enterprises-until she was found standing over the dead bodies of her husband, renowned artist Blair Bissel, and her best friend. But Lieutenant Eve Dallas believes there was more to the killing than jealous rage-all of Bissel’s computer files were deliberately corrupted. To Roarke, it’s the computer attack that poses the real threat. He and Reva have been under a code-red government contract to develop a program that would shield against techno-terrorists. But this deadly new breed of hackers isn’t afraid to kill to protect their secret-and it’s up to Lieutenant Eve Dallas to shut them down before the nightmare can spread to the whole country.

This book was a difficult one for Eve and Roarke, because they had a huge argument and I was concerned for a moment about their relationship. I liked the idea of showing they are normal people and fight just like everybody else. Eve had a hard time with this case because she discovered a few things about her past and how things could be a little different.

The case was difficult too, because involved a government agency, HSO, and of course they had a few issues with sharing, plus Eve was trying to help a friend of Roarke, the girl wasn’t guilt, but someone went to a lot of trouble to make it look like that. I liked the case, it was different and very dangerous for Eve. Her car suffered again.