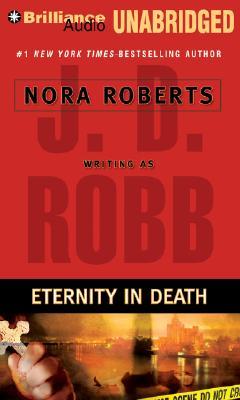 When club-hopping bad girl Tiara Kent is found dead in her plush Manhattan apartment, the killing has all the earmarks of a vampire attack. The ever-practical Lieutenant Eve Dallas has to deal with superstitious cops carrying garlic and stakes, as well as the ever-hysterical press. None of the wealthy young victim’s friends seem to know much about the Dark Prince she has been secretly seeing. The chase to stop him before he kills again will lead Eve and her team into areas of the city that not even the most intrepid cop wants to visit, and into the very heart of darkness.

Now Magdelana Percell – there’s someone Eve can picture as a murder victim. Possibly at Eve’s own hands. The slinky blonde – an old flame of her billionaire husband, Roarke, from his days on the wrong side of the law – has turned up in New York, and she’s anything but innocent. Unfortunately, Roarke seems blind to Magdelana’s manipulation, but not to her shapely figure and flirtatious ways. And he insists that the occasional lunch or business meeting with her is nothing to worry about;and none of Eve’s business. Eve’s so unnerved by the situation that she finds it hard to focus on the Foster case. Still, she’ll have to put aside her anger, jealousy, and heartbreak, for a while at least – because another man has just turned up dead, and the case is taking some strange turns and hitting some frustrating dead ends.

Eve knows all too well that innocence can be a façade. Keeping that in mind may help her solve this case at last. But it may also tear apart her marriage.

This was a darker story because Eve had to deal with a murderer very close to what her father once was and this made her remember those moments of terror from her childhood. I liked the different setting and this time the story was fast and brutal, because we can see how much Eve is trying to close the case, but circumstances are always in the middle. I liked the way Roarke was by her side in this case, even McNab helped a little.