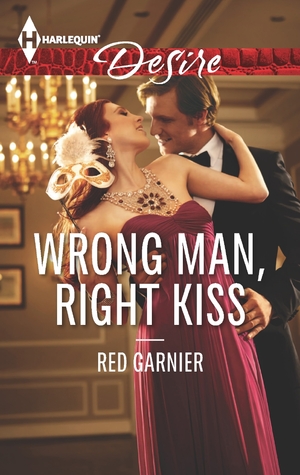 What happens when the masks come off?
When one of the supersexy Gage brothers blows Molly Devaney away with a scorching kiss at a masquerade ball, she thinks she’s met her soul mate. But why does her masked seducer act as if she doesn’t exist the next day? To win him over, she’ll make him jealous, so she turns to his brother Julian Gage, who offers to play the role of her lover.
But Julian is playing for keeps. There’s nothing fake about the way this woman makes him feel, and now he’s going to show her just which Gage brother is right for her.

Molly and her sister lost their parents and the family her father worked for took them in. So she became best friend with one of the boys, Julian. Molly is like a free spirit and her passion is art, her paintings are really famous, but she never really considered boys could like her, she’s redheaded and don’t think she is that pretty, but one night it was a masquerade ball, one of the brothers kissed her and she decided to go after him, but he’s like family and a really difficult guy.
Enters her best friend, Julian, he came up with an amazing plan to pretend a relationship and create jealous on his brother. But the problem is Molly actually kissed Julian and she had no idea he had feelings for her, because he’s a playboy and they have a perfect relationship, but Julian was always in love with her and his family was to messed up to actually help, they kept trying to keep them apart.
I liked Julian, he’s a really nice guy and was only trying to create a future for Molly and himself. Because he had an idea how everything would turn up after they became a couple. I liked him, but Molly was too naïve, she didn’t had a clue about anything. I could blame this on the artsy part of her I think.