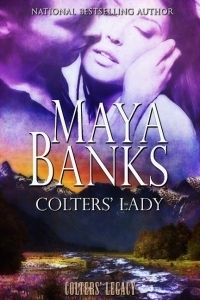 Can their love give her the strength to overcome the tragedy in her past?

When police officer Seth Colter sees the delicate, shabbily dressed beauty in line at the soup kitchen where he’s serving, he’s gut shot over the idea of her being on the streets cold and alone. More baffling is the dark, possessive instinct that tells him she belongs to him.

For Lily Weston, home is a secluded nook in a back alley—until Seth offers her a place to stay. She’s wary of his offer, but even one night out of the cold is too much temptation to resist.

Seth is convinced Lily is his. The problem is, when his brothers lay eyes on her, the same primitive instinct comes roaring to the surface. The Colters never imagined they’d follow the unconventional path of their fathers, but they can’t ignore their mutual need to offer Lily their protection—and their love. But before Lily and the brothers can forge a future together, they must heal the deep wounds of her past.

A couple of years has passed and we got to see the second generation to the Colters’ family and they decided to follow in the family different way of life with sharing a woman. This time we had a chance to see them struggle to accept this reality and juggle the life and sharing issues.

I loved Lily, but the brothers and their personality made it all so interesting. Seth is the strong and caring man, he works in the police and it’s always trying to protect and keep her save. Alex was the perfect Alpha male in the bedroom, but he’s very good at sharing with his brothers. But the best for me was Dillon. He’s super sweet and has an awesome story to share. I really loved the way he protected his sister. 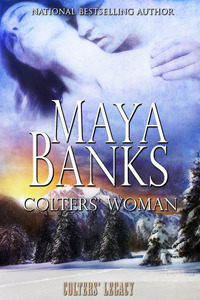 Adam, Ethan and Ryan aren’t looking for women. They’re looking for a woman. One woman to share their lives and their beds. They don’t want a casual romp in the hay, they want the woman who will complete them and they’re losing hope of finding her. That is until Adam finds Holly lying in the snow just yards from their cabin. He knows she’s different the minute he holds her in his arms. But before Adam gets his hopes up, he knows he has to gauge his brothers reactions. Soon its evident that she’s the one. There are a few problems, however, like convincing her she belongs with them and keeping her safe from the man who wants her dead.

I’ve read this book a very long time ago and never forgot the brothers, decided to give them a reread and enjoy once again Adam, Ethan and Ryan falling in love. Maya Banks is really great in creating menage series, her books fell natural and the stories made them more real, like something you see everyday instead of just a fantasy.

I loved Adam and all the rightness. His the older brother and feels like guiding them, plus his the first one to see and find Holly. Ethan is the perfect guy, romanctic and very calm, but in the bedroom,  WOW. Ryan was the darker brother, because he suffered in the army and almost lost his life, took him awhile to believe in their relationship and actually trust Holly. I really loved them each in their own way.

The ending was strange because things happened so fast, but now there’s a longer epilogue and it made things more normal.