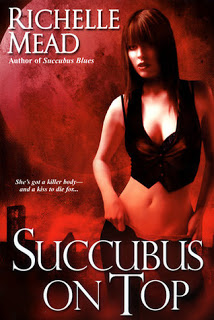 I couldn’t stop reading after the huge cliff Richelle left in the first book.

Love hurts, and no one knows it better than Georgina Kincaid. If she so much as kisses Seth Mortensen, the shy, sexy, incredibly gifted Seattle writer she’s been dating, she’ll drain his life force. Georgina is a succubus-a demon who draws her power from other men’s pleasure. Admittedly, the shapeshifting and immortality perks are terrific, and yes, Georgina did choose to join the ranks of hell centuries ago. But it seems completely unfair that a she-demon whose purpose is seduction can’t get hot and heavy with the one mortal who knows and accepts her for who she is.

It’s not just her personal life that’s in chaos. Doug, Georgina’s co-worker at a local bookstore, has been exhibiting bizarre behavior, and Georgina suspects that something far more demonic than double espressos is at work. She could use help finding out, but Bastien, an irresistibly charming incubus and her best immortal friend, is preoccupied with corrupting an ultra-conservative talk radio star-and giving Georgina some highly distracting come-hither vibes. Georgina is going to have to work solo on this one-and fast because soon, Doug’s life won’t be the only one on the line.

I liked the fact that Georgina has found a way to continue her relationship with Seth, even though sex is a big issue for most couples, for this is huge problem taking in consideration that Seth is a good guy and make it harder for Georgie to control herself, as seen in the last book, how bad it almost ended.

Also another plus fact for this book, is the drug problem, especially since they live in a different kind of world and the author find a way to speak about the drugs problem, envolving especially the artists.

Another then, I wish for just one book that Jerome and Carter could speak freealy about what is happening, cause is weird how quiet and the looks they share. At least a little suspect.

This one didn’t exactly finish in one cliff, but at least leave open to another one on the series.

You liked the first one and couldn’t put it down, plus there are vampires and angels in this series, how could ot be better?

“Sometimes I do. Sometimes I look at him…and I remember how it was when I kissed him and felt that love. It makes me want that back. I want to feel it again. I want to return to it. Other times though…other times, I’m so scared. I listen to these guys…and to Jerome…and then the doubts gnaw at me. I can’t get them out of my head. We’ve been sleeping together, you know. Literally. It hasn’t been a problem so far, but sometimes I lie awake watching him, thinking this can’t last. The longer it does…I feel like…like I’m standing on a high wire, with Seth at one end and me at the other. We’re trying to reach each other, but one misstep, one breeze, one side-glance, and I’ll fall over the edge. And keep falling and falling.”

Carter leaned toward me and brushed the hair away from the side of my face. “Don’t look down then,” he whispered.”

“You had your heart broken much?”

He paused. “Of course. Everyone does. Part of life.”

“Tell me her name. I’ll kick her ass. I don’t want anyone hurting you.”

He rested his face against my hair, his tone even and gentle when he spoke. “You’re wondrous and powerful and gifted, but even you can’t save me from hurting. No one can do that for anyone. I can make things perfect in the fictions I create, but the real world isn’t so kind. That’s just how it is. And anyway, for every bad thing in life, there are more good things to tip the balance.”

“Like little blonde nieces. And royalty checks. And you.”

True is he’s been in my wishlist for a while but what gaves me the push was a book club.

When it comes to jobs in hell, being a succubus seems pretty glamorous. A girl can be anything she wants, the wardrobe is killer, and mortal men will do anything just for a touch. Granted, they often pay with their souls, but why get technical?

But Seattle succubus Georgina Kincaid’s life is far less exotic. Her boss is a middle-management demon with a thing for John Cusack movies. Her immortal best friends haven’t stopped teasing her about the time she shape-shifted into the Demon Goddess getup complete with whip and wings. And she can’t have a decent date without sucking away part of the guy’s life. At least there’s her day job at a local bookstore–free books; all the white chocolate mochas she can drink; and easy access to bestselling, sexy writer, Seth Mortensen, aka He Whom She Would Give Anything to Touch but Can’t.

But dreaming about Seth will have to wait. Something wicked is at work in Seattle’s demon underground. And for once, all of her hot charms and drop-dead one-liners won’t help because Georgina’s about to discover there are some creatures out there that both heaven and hell want to deny…

I had this book on my list for a while and needed a litlle push in the right direction. The truth I always end up reading a vampire book over the other ones, can’t help it.

This book was a good surprise cause I even found a vampire in the midlle and wasn’t expectin, book they are so different from the rest you found in other books.

I loved the fact, that the end gives a little cliff for the next book making the characters without a real end, but that’s ok since I love a good series.

The interest part is that Georgina gives pieces of her formam life, the mortal one, during the story. So the book keep us entertained all the time. I coundn’t put it down, and it tuck me two days because I had to sleep some moment.

Georgina is smart, funny, but feels stuck in the past and the mistake that rules her life. I loved her friends, especially the vampire called Peter, cause I couldn’t stop laughing after the description for his hair.

Seth is a very sweet boy, that also has trouble with his past, and needs a litlle push for his love life.

Roman was perfect, too damn perfect, and keep me gessing in the book wich side he is.

You like a good supernatural book, cause in this one you gonna find everything, from angels to vampires and of course the succubus from the title.

“Well, that depends, I suppose. I heard someone once say that men dance the same way they have sex. So, if you want everyone here to think you’re the kind of guy who just sits around and—”
He stood up. “Let’s dance.”

“I figured I could read more than five pages tonight since I’d been deprived for the last couple of days. When I finished the fifteenth, I discovered I was three pages from the next chapter. Might as well end with a clean break. After I was done, I sighed and leaned back, feeling decadent and spent. Pure bliss. Books were a lot less messy than orgasms.”

Smitten with reading
Story Wings
Between the covers 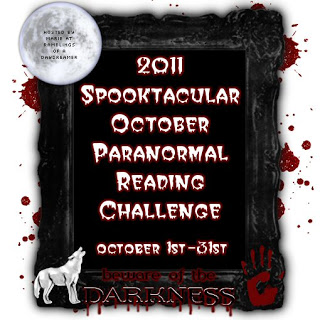