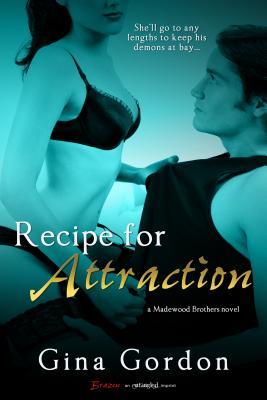 Bad boy Neil Harrison may have sexy body and an even sexier smile, but there’s no way in hell architect Carson Kelly is falling for the elusive bachelor. For starters, he’s her boss, and getting intimately involved with the infuriating alpha male could be a career-killer. And secondly, he’s battling personal demons in one of the most dangerous ways possible: illegal street racing. After a friend’s tragic death years ago, Carson swore she’d never get involved in that life again.

Neil knows Carson’s keeping secrets and he’s determined to uncover all of them…even if he has to seduce them out of her. But as their antagonistic work relationship ignites a passionate affair, Carson must decide if protecting Neil from his need for speed is the perfect outlet for her own restless desire, or if they’re on a one-way path to destruction.

When I started reading this book the only thing from the previous that really stuck with me  was how a very rich woman decided to raise and adopt four teenage boys and teach them to cook. They grew up and each one of them is sucessfull, but now she’s death and they are trying to manage without her, somehow they decided to live on the same city and reconnect. I barely remember the couple because I loved the plot, but somehow those two didn’t really made a great impact.

Now one thing I can say for sure is how much I loved this second book. Carson is the perfect girl and I loved her independency, but she has a problem with he father accepting her. I liked this because made her feel more human to me. Another thing that made a good impression was Neil and his brothers, they have such close relationship, but each of them still has a little room for privacy. The idea for this restaurant was really good too.

Somehow these made it work, but I don’t know why Neil still feels a little guilty over the past, when he was so young and had a lifetime to start over.

Being the financial caretaker for her deadbeat parents isn’t the life professional organizer Sterling Andrews dreamed of. Tired of being the dependable—and boring—daughter, Sterling decides to have a little fun. And what could be more fun than seducing rich bad boy chef, Jack Vaughn? Except, after one scintillating night together, Sterling’s not only lusting for Jack, she’s working for him. And remaining professional becomes harder every day.
Already a major success thanks to his exclusive restaurants, Jack Vaughn is looking for something more. Ultra responsible Sterling is unlike anyone Jack has met…but she’s his employee. Unwilling to give her up, Jack makes Sterling an offer she can’t refuse—for four sexy weekends, he’ll indulge her most wicked fantasies with no professional strings attached. But will mixing business with pleasure spell disaster? Or will they find the recipe for satisfaction?

This is a new series and I actually loved Jack. I don’t know why but lately I’ve been reading lots of books related to kitchen and romances. How knew this was such a great topic for a quick connection to sex.

I liked Sterling, but she could had a normal life for a long time and kept helping her parents even after years of them showing how bad they were and that they never wanted to change in the first place. The interesting part was how she loved her sisters. She could live with them and everything would be better already.

But since nothing is perfect in this books, Sterling needed one night stand to just forget life and problems for awhile and her friend helped by granting access to a party with lots of fancy guys, the only problem was the setting. Sterling had no idea she would be so nauseous in a huge boat.

So Jack met Sterling while she was sick and actually liked her enough to continue thinking about her after a couple of months of solitude. It was really interesting seeing his reasons and how much in hurt him to be considered that selfish, but Sterling was great to him and really helped him move on after his mother died.

I liked these two together and they helped each other to grow as a person during the month they spent together, we can see Sterling more strong and Jack showing a soft side.